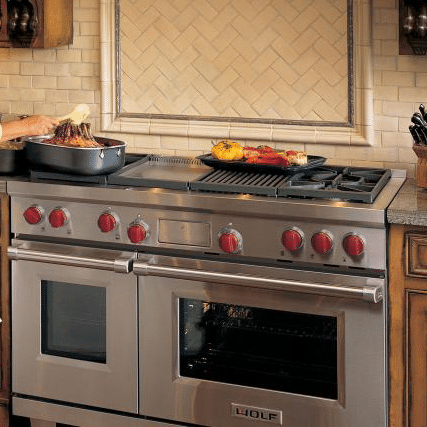 Viking has a brand new range from their brand new owner.

How will it compete against Wolf, one of the industry's best products?

Let's look at both the company and the products.

Viking is now considered not only a major appliance manufacturer but a culinary company involved in all aspects of the kitchen and the world of food and wine. The Viking refrigeration plant was totally renovated in 2000 and produces Viking built-in refrigerators, freezers, wine storage units and an entire line of outdoor refrigeration products.

Last year, Viking was acquired by the range manufacture, Middleby. They are currently in a transition/ rebirth stage.

Switching over to a good, better and best lineup, we now see their best in the newest 7 series. 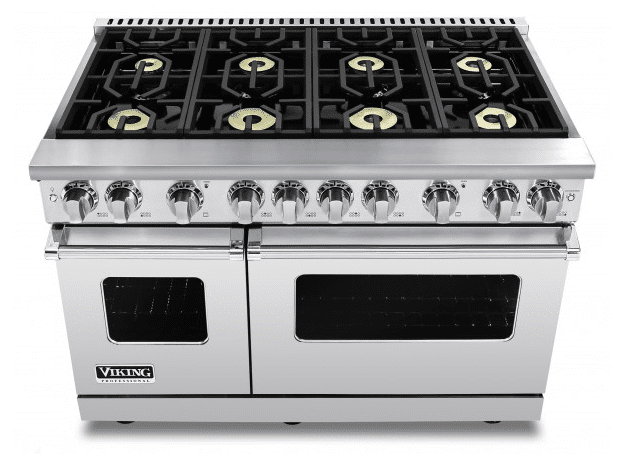 The Sub-Zero Freezer Company was founded in 1945, by Westye F. Bakke in Madison, Wisconsin. For more than 70 years, Wolf has been synonymous with professional cooking equipment for restaurants and hotels.

In March of 2000, the company was purchased by Sub-Zero and was adapted for the serious in-home cook. Sub-Zero, reinvested in Wolf and completely redesigned the line with better simmers and pioneered double convection technology in the ovens. 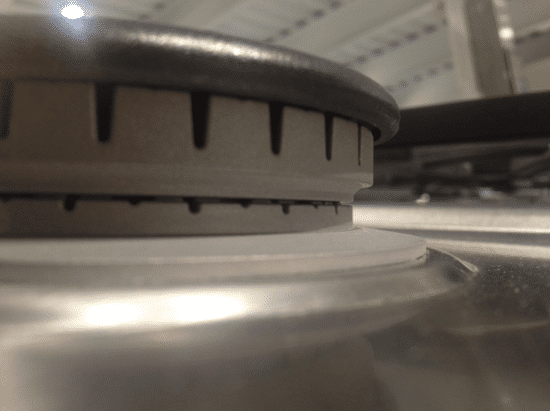 You can simmer on every burner of a Wolf at a constant temperature of 500 BTU due to their dual stacked burner design.

Although Viking’s new ranges have some new features for their lineup, they are not however exclusive. Thermador invented the soft close doors and raised pedestal burner. Their easy to clean chromium griddle was originally introduced by Jenn-Air.

However, at 23,000 BTUs, Viking is certainly more powerful than the Wolf and almost any other product on the market.

Wolf is a better oven with twin convection and many modes like proofing and dehydrate for the serious chef. I like their grill and think it is the best in the industry.

Normally I would leave it at top vs stove, but Viking needs to prove the company can be reliable again. I believe it can. It's just a matter of when.

Download the Yale Pro Range Buyers Guide with features, specs and inside tips to all the major brands. Over 55,000 people have read a Yale Guide.