If you are looking to outfit a higher end kitchen, then you are probably considering Wolf.

That's pretty amazing, because Wolf has only been around for 13 years in its current form.

Wolf was purchased by Sub-Zero around 2001. They completely redesigned the oven with a bold new control system. They also revolutionized cooking with their twin convection heat distribution.

So it was time for Wolf to redesign their iconic, original product. We will look at the original (as it is still available) and their new product.

This classic oven has always been available as a single or double, framed or unframed. Wolf’s exclusive rotating control panel has always created the “wow” to any kitchen conversation, allowing for the controls to be visible, or not visible when needed.

It’s built solid, offering heavy-gauge stainless steel as well as a spring and damper door hinge system; very heavy duty, and allows for the doors to open slowly, and never bounce back up. This oven offers 10 cooking modes, a cobalt blue interior and staggered halogen lighting. In addition it has a temperature probe.

This also includes Wolf’s signature Dual Convection fan system. Each fan has its own heating element, and work together with two additional heating elements to better control heat and airflow distribution within the oven; resulting in faster, more even cooking.

While updating their ovens it was very important to Wolf to have several aesthetic options to really tie in with any other Sub-Zero & Wolf products, or different kitchen designs and ultimately appeal to more people.

Wolf’s M Series Wall Oven, is available in three signature looks. All are 30 inches wide, available in a single or double configuration. Below there are three pictures of the new ovens, to help explain the three looks.

The three options are Professional, Transitional & Contemporary. The Professional Style offers a bold look and has the option for Wolf’s signature red knobs, or can be ordered with stainless or black. The Contemporary is very minimalist with a handless design. This is a black glass, with a touch open door. It's super sleek, easy to clean, and something different than the traditional stainless. The Transitional is a great oven, in between traditional and contemporary kitchens. It’s a stainless framed oven with black glass and offered a simple tubular handle.

These ovens can be mounted proud or flush as well, whereas the older generation L Series cannot be flush mounted. Flush mounting is a really nice detail, and you should design this into your kitchen.

The new M Series ovens are a larger capacity and offer even brighter staggered halogen lights on the inside. In addition they have still kept their signature cobalt blue interior.

A big improvement on the new ovens is they now have a concaved curved back, offering a lot more depth, and usable space, for larger items. Usable depth was always a concern with the pre existing L series customers.

On the older model, the convection fans were side by side and alternated for even heat distribution. Their new Verticross convection system, still uses European convection and two fans, however they are now two corner column fans with parallel vertical heating elements that all work together to quickly saturate the oven cavity with consistent heat. So they add more depth with better heat distribution. 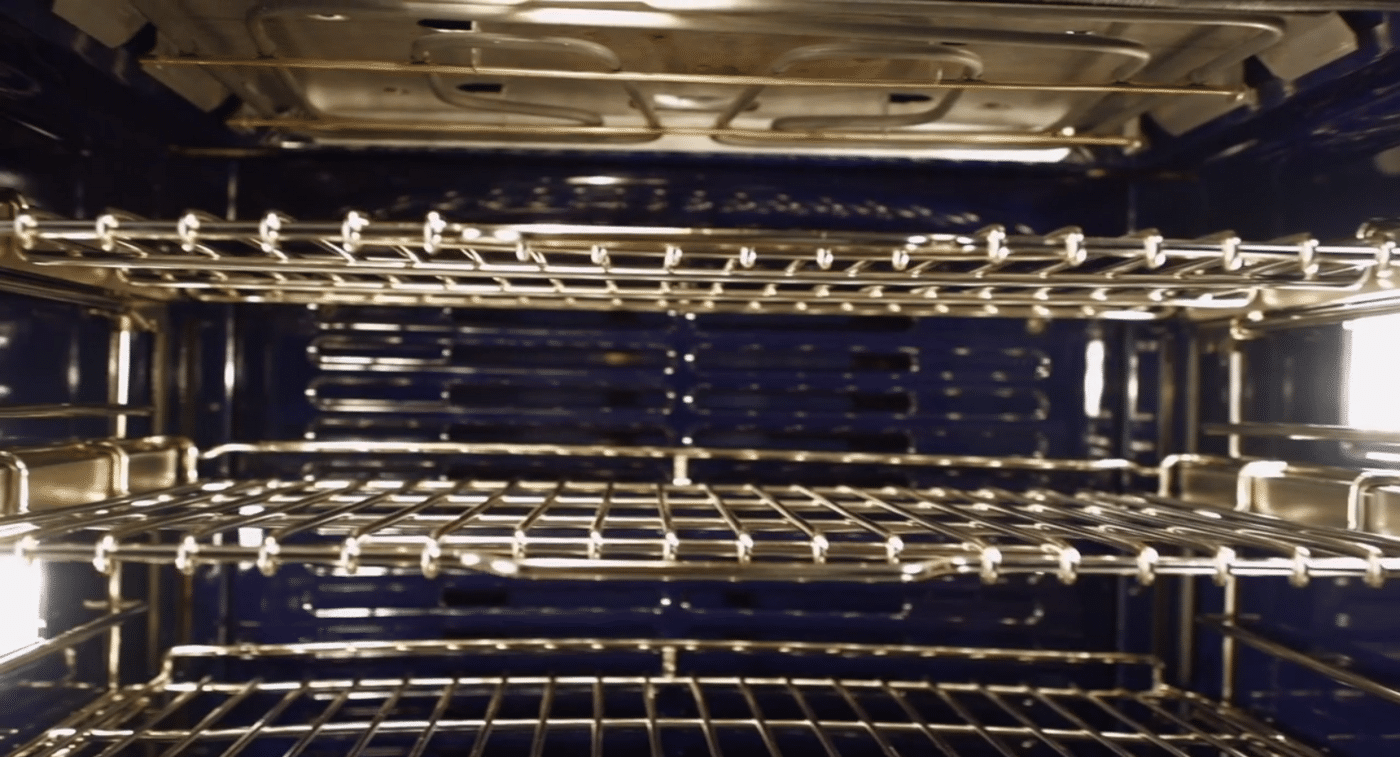 They no longer offer the rotating control panel. Instead it is a flat, very sophisticated look. The control panel itself, is a lot more user friendly and very intuitive. It’s very responsive much like that of an iPhone. They have also added Wolf Gourmet. This provides step by step instructions for the user to get perfect cooking results every time as well as built in recipes for most common foods.

You will also notice the inside of the door frame is now labeled 1-6, which refer to the 6 different rack positions available. This comes in useful when using the Wolf Gourmet Feature. When preparing a recipe, it will tell you exactly what rack position to use to get the best cooking results every time.

I think this oven is timely for this company. It answers many concerns. Their controls needed a change to be more intuitive. Wolf Gourmet is a much more user friendly interface.

It also reestablishes Wolf as a leader with their new cooking system. Once again, they are ahead of their competition.

Get the Yale Wall Oven Buyers Guide with features, specs and inside tips to all the brands. Over 80,000 people have read a Yale Guide.