The AGA Total Control Cooker and the Wolf Dual Fuel range are the two best ranges with the most high-end options in the industry and are very different in style and function but are both amazing stoves. But how do they compare?

The AGA Total Control Cooker is a newly designed version of the traditional AGA cooker that has been around for 80 years. It is a 39” wide electric cast-iron enamel-coated range (available in 11 colors) featuring a touch screen panel and remote handset to allow for programmability. The traditional AGA would take a full day to heat up but then would be on constantly after that to allow you to be able to cook at any time.

The new AGA Total Control only takes 45 minutes to heat the whole range or 15 minutes if it’s in slumber mode. As opposed to the traditional AGA cooker, you now have the option of using it like a traditional range where you can power the ovens and cook plates independently. 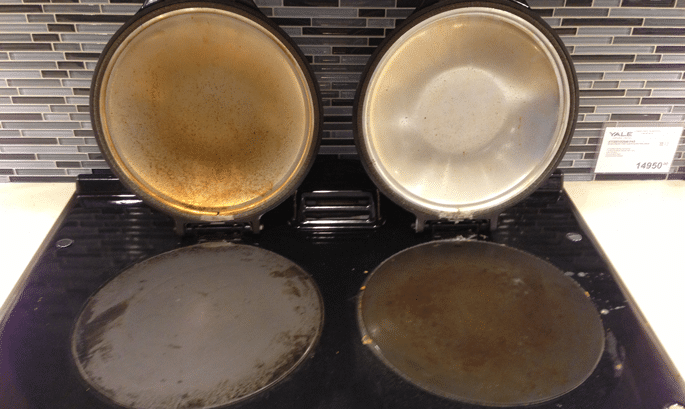 The separate functions and preset temperatures give you the ability to bake, roast, boil, simmer and warm all at the same time. In addition to that, you can also steam food in the oven and fry, stir fry, grill and toast on the hotplates using special AGA equipment.

What makes the AGA cooker different than any other range is the fact that it has cast-iron ovens that lock in flavor and moisture. The sizes of the ovens are deceiving. Since there are no elements or flames, all of the space in each of the ovens can be used for cooking so you can actually fit a 28lb turkey! The indirect radiant heat comes from all surfaces simultaneously so it eliminates hot/cold spots and won’t dry out food like typical range elements.

The hotplates are different as well and are 14 ½” in diameter so you can fit multiple pans on one hotplate or use one large pot/pan. Also, the control panel allows you to program the range to turn on when you need it. You can also keep it on slumber mode to provide ambient warmth and then program it to heat up in the morning for breakfast and in the late afternoon for dinner.

Note: We currently do not have AGA on display in our showrooms.

Wolf has also been around for many years like AGA but as a commercial company building commercial appliances for restaurants and hotels. In 2000, they paired up with Sub-Zero refrigeration and have become the leader in professional residential appliances. They are known for their amazing quality, reliability and of course superior performance.

The burners on a Wolf dual fuel range are dual-stacked sealed burners with two tiers of flame ports. The benefit of this type of burner is the control. You have the ability to go from an intense heat for searing and boiling down to a very gentle flame for simmering or melting without scorching. Sealed burners are also great for containing spills for easy clean up. 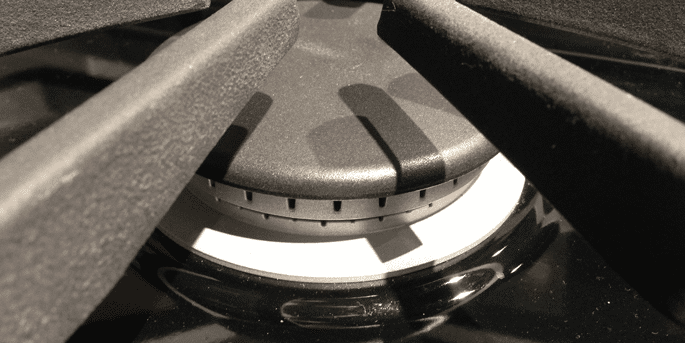 Wolf's electric self-cleaning ovens feature dual convection for baking, roasting and broiling. If you don’t know what convection is, it is a fan in the back of the oven that circulates the heat to keep the temperature even to allow you to cook on multiple levels at one time. It also speeds up the cooking time and keeps meats and poultry tender and juicy.

Wolf’s ovens feature two convection fans with additional heating elements to control the temperature more precisely to eliminate hot and cold spots. For precise roasting, the ovens have a built-in internal thermometer to measure the internal temperature of meats and poultry. How this works is you insert the thermometer onto your turkey or roast and plug in the probe into the wall of the oven. Then you set the internal temperature you want it to reach and then the oven will chime and let you know when it reaches that temperature.

In addition to that feature the ovens have 10 easy to use cooking modes such as bake/convection bake, broil/convection broil, roast/convection roast, dehydration, bake stone, proof and convection only.

Which would I purchase?

This is a really tough comparison. I love both so I guess it would really depend on your style and the amount you are willing to spend. The AGA Total Control has more of a country home look to it and is $15,000 while the Wolf Dual Fuel range is more professional looking for about $9,700.

I think AGA would technically be a better range, but it requires some re-education of how you will actually use the oven. AGA does have a very loyal following based on performance. It is, however, not a huge following. Wolf is simpler to use out of the box.