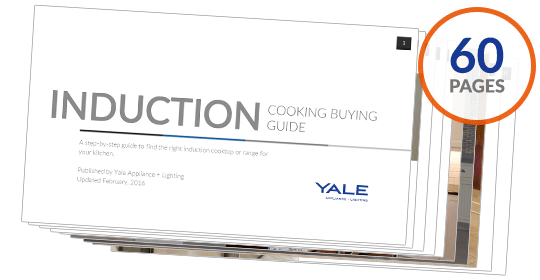 Learn the most reliable brands, best new features and how to buy at the best possible price in this Free Induction Buying Guide. Over 880,000 people have learned from a Yale Guide

Should You Buy a Wolf Induction Range? (Reviews/Ratings)

It's a vast improvement in terms of technology compared to their older series.

But should you buy a Wolf induction range instead of a decent and often lower-priced range?

In the end, you will know whether this range is suitable for you.

If you're not familiar with induction basics, you can download our free Induction Buying Guide with information on every induction manufacturer.

Instead of using fans, Wolf now employs blowers so they can deliver more air evenly. Blowers have higher CFM than fans.

Wolf's Verticross convection system (shown below) has been featured in their wall ovens for over five years. You also have more usable depth because the fans are no longer in the back, and the blowers are on both sides. 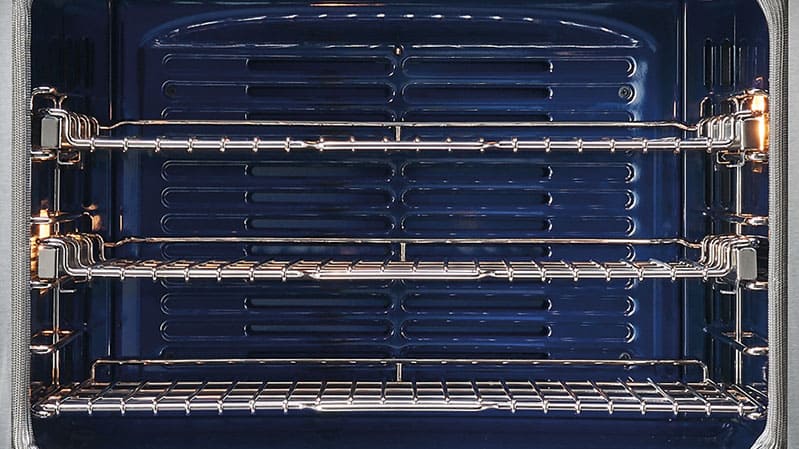 Verticross is an improvement even though their old system was still the best convection system available.

Many high-end manufacturers like JennAir and Miele have twin convection, but both fans operate consistently. 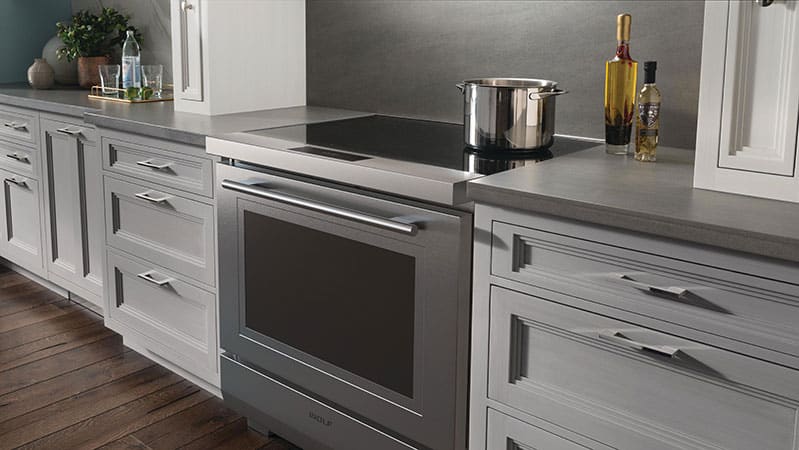 Controls have been upgraded as well. Gone is the old clock. The controls are now a LED screen.

The location is different at the top rather than the face like other manufacturers. You have more room in the oven with minimal loss on the top.

Wolf Gourmet brings the most functionality in a range. Wolf's oven will automatically set the time, temperature, and the recommended rack position for you based on your food selection and how you want it cooked.

You can now operate your range remotely through an app on your phone. You can preheat, change modes, and turn the ovens on and off.

It's similar in functionality to many brands. Bosch Thermador and JennAir offer recipe tie-ins to enhance your cooking experience.

However, only Bosch has recipe tie-ins in an induction range.

The cooktop surface hasn't changed much.

Like Café Appliances, Fisher & Paykel, and KitchenAid, Wolf's outside burners can "bridge" together to form a larger burner for griddles and larger pans.

Wolf has the best controls and best technology in the oven, far better than Café Appliances or Viking.

You can make a case for Miele with their steam cooking features.

However, Wolf has powerful bridge elements, Wi-Fi, and an excellent convection system for the same price as Miele.

In 36 inches, you have many questionable brands, with Fisher & Paykel being the only reliable choice.

Wolf is $1,800 more than the Fisher & Paykel Series 9 but offers Wi-Fi, a better convection system, and better controls.

Short on time? Get our free Induction Cooking Buying Guide

What Wolf Could Have Improved

Seventy-five percent of BlueStar sales at Yale are for ranges with custom finishes. They have over 1000 colors to choose from. Café Appliances has three, with white being more popular, as well as three trim options.

Then again, stainless steel is still an ageless finish.

Steam is great for hardening foods like the tops on lasagna. It is essential for making bread. Bread breaking is a vital attribute for Miele.

Miele has 15 automatic recipes on their MasterChef for different types of bread.

It's great that Wolf added Wi-Fi. They have a culinary department at Wolf. Maybe in a future release, they could make a corresponding app for more functionality.

You do have 50 pre-programmed recipes with Wolf's Gourmet guided cooking feature.

On their 36-inch cooktop, Wolf has four burners that you can bridge instead of two, so you can fit the largest pots and pans.

They are the only company with that feature. It could have been a decent feature for their 36-inch range as well.

Should You Buy a Wolf Induction Range? 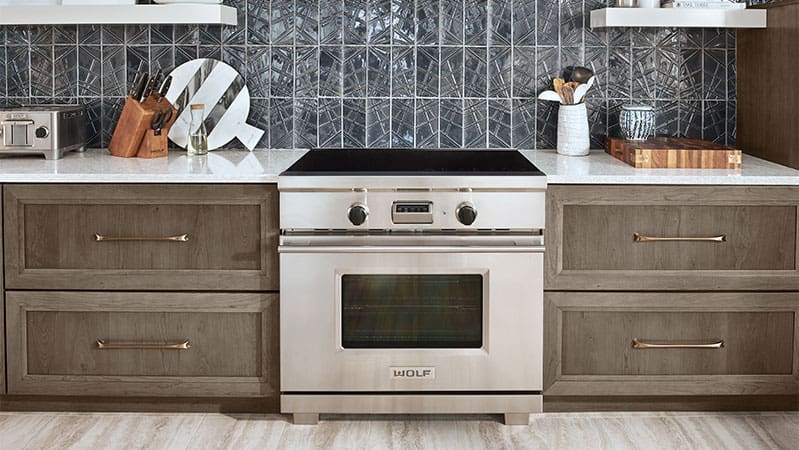 You should certainly consider a Wolf induction range.

At 30 inches, it's a bit pricey compared to more affordable luxury brands like GE or KitchenAid. Still, it has far more features like a better convection system and better controls with the Wolf Gourmet guided cooking feature.

For luxury brands, only Miele is close to Wolf's induction ranges. Wolf has a better convection system with Verticross and the ability to expand the burners on the top. Wolf is Wi-Fi enabled while Miele is not.

At 36 inches, Wolf is much better than the other less featured brands as none of the luxury names manufacture that larger size.

In terms of overall features for the cooktop, control, and oven, Wolf induction ranges are now the best ranges on the market.

Need more information on Induction? Download the Yale Induction Cooking Buying Guide for features, specs, outputs of every induction range, and inside tips to every brand. Over 900,000 people have read a Yale Guide.