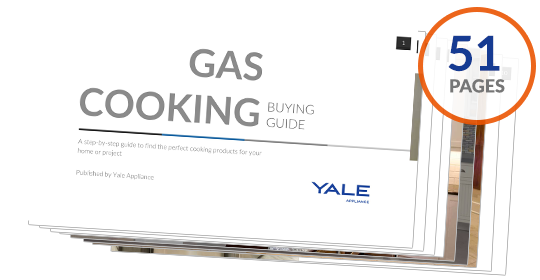 Learn the most reliable brands, best new features and how to buy at the best possible price in this Free Gas Cooking Buying Guide. Over 880,000 people have learned from a Yale Guide 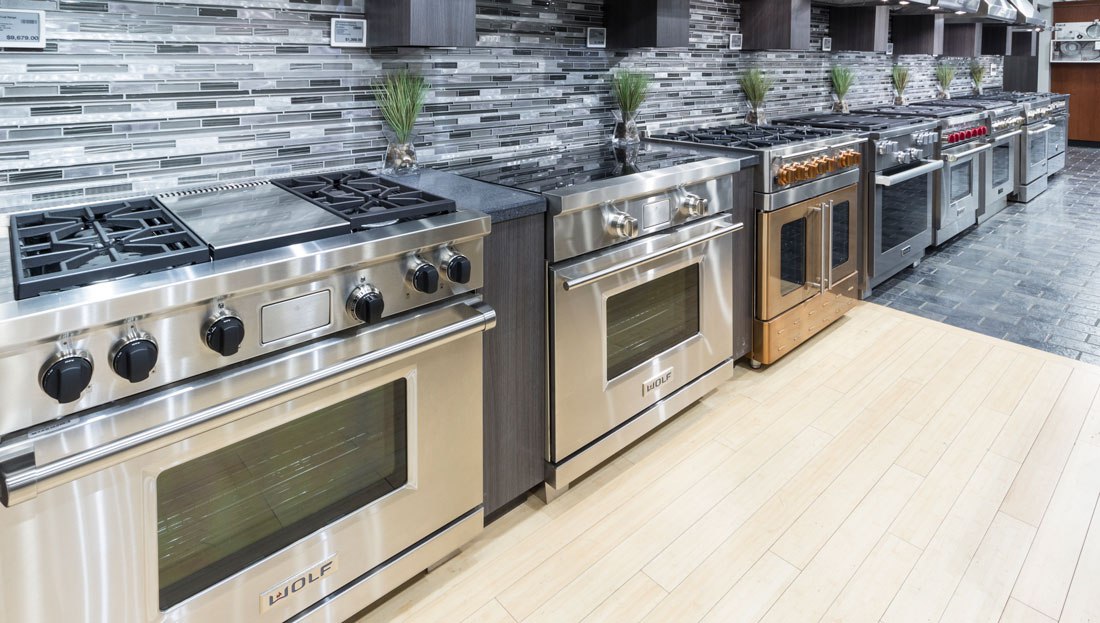 If you're looking for a professional (pro) gas range, there is no question Viking and Wolf are probably on your list. They were both similar companies at one time. However, they manufacture very different products 30 years after they first pioneered the pro range.

In this article, we'll talk about the different companies, their products, and then we'll compare the two so you can decide which one is right for you.

Viking was the first real professional range company and are based out of Greenwood, Mississippi.

At one time, they owned 60% of the market. Viking had some issues with products and service in the late 2000’s which led to a decline in sales.

They were eventually purchased by The Middleby Corporation in 2013.

The Middleby Corporation primarily manufactures commercial kitchen equipment. They claim to have re-engineered 85% of Viking products since the purchase in 2013. As this was much needed, only time will tell if the re-engineering was successful.

Viking is made in Greenwood, Mississippi. 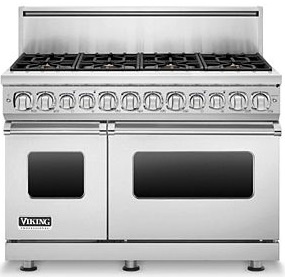 Wolf was a commercial range company out of California. They were bought by the Sub-Zero corporation in the early 2000s and totally redesigned the grill, griddle, and twin convection system.

Sub-Zero is the second largest privately held appliance company (after Miele) in the world. Wolf is manufactured in Wisconsin and Arizona.

Let's look at their specifications first.

The 7 Series is an all burner or griddle model only. The Wolf dual fuel has a grill, griddle, grill and griddle, double grill, double griddle, and French top models with the choice of 4 or 6 burners.

Wolf has dual-stack burners which allow the flame coverage to be recessed away from the cookware with a low of 500 BTU. This is the lowest consistent simmer in the industry.

Viking has the Vari-Simmer which is similar to a dual stack burner, but Wolf has the lower temperature. Both of these ranges will allow you to simmer on all burners.

Both of the controls on the all gas ranges look similar. Both have a knob for every burner with a simmer setting on each burner knob.

The Wolf dual fuel has a more user-friendly clock, timer, and temperature indicator. 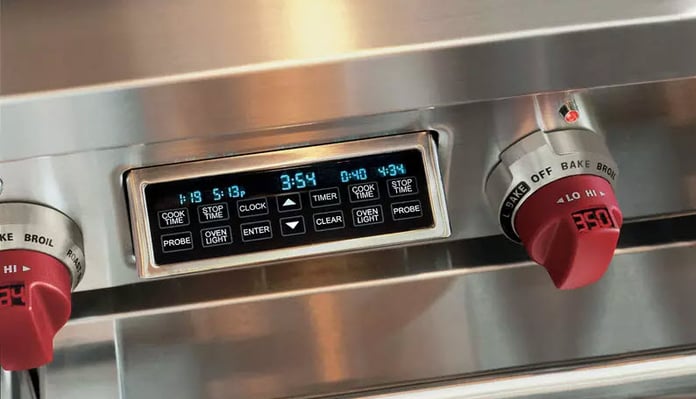 Gas convection oven technology doesn’t vary too much from company to company. The only company that will vary greatly is BlueStar with their True Convection system in which the heating source comes from behind the convection fan. 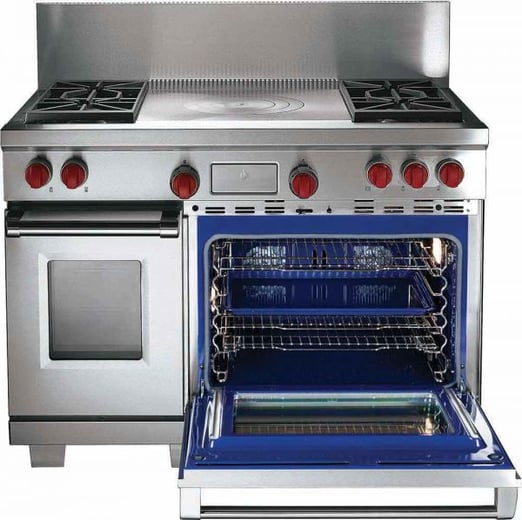 In electric dual fuel, Wolf has their twin convection with sensors behind the fan. Each fan can turn on/off independently based on temperature.

Wolf has their famous red knobs and limited accents. Viking will offer an assortment of 7 colors. BlueStar has 750 different colors. La Cornue has infinite color possibilities.

Wolf uses an infrared grill. Viking uses a standard broiler tube. Infrared is a direct, intense heat from top to the surface. It is the sear element on an outside grill. Infrared also is easier to clean because it vaporizes the spills.

A regular gas grill heats outward with less direct heat and is harder to clean. 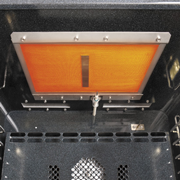 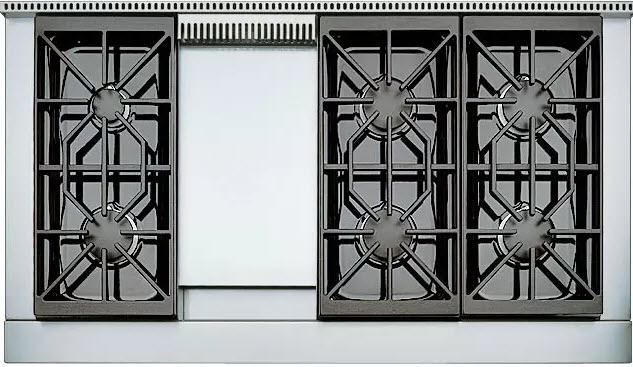 Wolf also has the infrared griddle for a faster heat. Viking uses the same type of griddle. However, they have changed the surface to be more cleanable.

A French top is a bigger burner under a larger griddle surface. The heat is hotter in the center and warmer in the outside, so you can cook and simmer different items at the same time.

Only Wolf offers a simmer.

We haven’t carried Viking since 2013. At one time they were the most repaired appliance sold at Yale. The repair rate was over 50% in the first year. Perhaps Middleby has improved.

Either way, you should inquire about service for either brand before you buy. The number 2 repair across every product is an igniter on a pro range.

Within 5 years, you will most likely need a service call.

Which Gas Range Should You Buy?

This comparison depends on how Viking has changed since 2013. I started at Yale in 2017 and have not sold the brand.

From a specification standpoint, the 7 Series has some merit with the hottest sealed burner at 23,000 BTU. Their cleanable griddle is a good feature as well.

However, Wolf still has the best simmer, grill, and infrared griddle in terms of performance. Their dual fuel still offers the best twin convection available on the market today.

Download our free Pro Cooking Buying Guide with specs, features and insider buying tips to all the major professional ranges and range tops. Well over 355,000 people have read a Yale Guide.