Bosch is one of the most popular appliance brands due to its modern styling at a reasonable price. They have recently updated all their wall ovens as well as introduced their newest line called Benchmark.

Benchmark is now Bosch's most high end line. In this article I am going to discuss the difference between all the wall ovens as well as the features.

Wall Ovens are referred to as 24", 27" or 30" sizes. Oddly enough, that is not the size of the wall oven, but the cabinet. Just as a general guide, 30 inch is the most popular by far with 27 inch usually being an older replacement. 24 inch ovens are almost always gas or smaller European products like Gaggenau or Miele. Measure your cabinet first and then look for the wall oven.

Bosch just updated their wall oven line with new 500, 800, and Benchmark Series wall ovens. Bosch is also coming out with speed and steam ovens that can be installed on top of or next to the new wall ovens. Overall the new Bosch wall ovens have a cleaner aesthetic than their old line.

Typically, the difference between the 500 and 800 series has been the controls, convection and price. The Benchmark is really different. However, this has changed a bit.

Listed below are some of the new features: 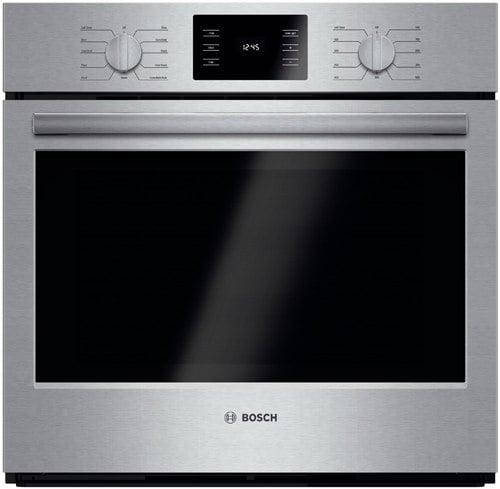 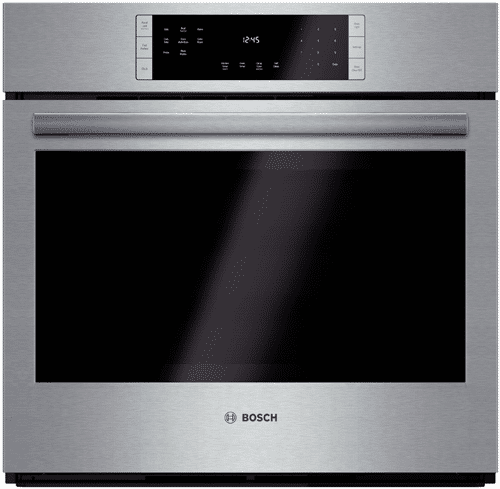 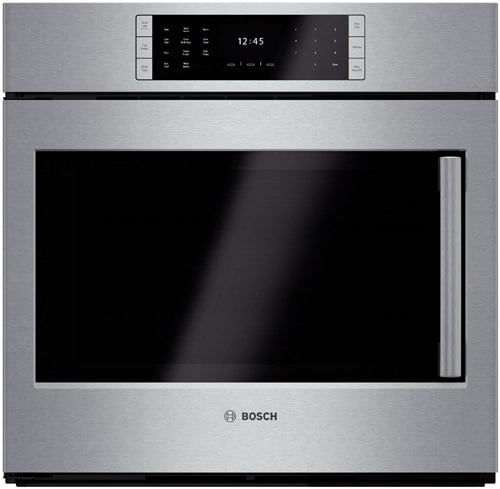 Well, they all have European convection. It is fan forced heat with the heating element behind the fan for more precise cooking. The difference between the first two Bosch ovens is the controls and better broiling.

The Benchmark, however, is truly different with a color TFT display. This type of interface is much simpler to operate. The second main difference is the side opening oven. Personally, I think every oven should be side opening, so you do not have to lift a turkey over the oven door. It's much easier and safer.

The Benchmark also has steam, speed cooking and microwave, so you can match your kitchen appliances better. In a double wall oven the second oven is convection, not thermal like the other series.

Overall, all three have a place depending on what features and prices. Bosch has really cemented their position in the affordable luxury cooking market.

Get the Yale Wall Oven Buyers Guide with features, specs and inside tips to all the brands. Over 100,000 people have read a Yale Guide.