Sub-Zero and Viking are arguably the two most prestige brands in appliances. For a premium remodel or new construction, you should consider both.

In this article, we will look at both products, both companies, and then compare. But first, you should understand the differences between integrated refrigerators and other types of counter depth refrigerators.

Integrated refrigerators fit within a 24-inch cabinet, so you should not be able to distinguish between the cabinet and refrigerator itself. It has a more seamless look than a professional or regular counter depth.

You also can have more customized storage because the sizes of integrated units are varied from 18, 24, 30, 36 in width. You can also place the refrigerator and freezer anywhere you want because they are not joined together.

Price is the only downside. Integrated costs more per cubic foot than any other refrigerator. Viking Range Corporation was founded by Fred Carl, Jr., a fourth-generation building contractor. He aimed at developing the first commercial-type range specifically designed, engineered, and certified for home use. Viking is considered not only a major appliance manufacturer but a culinary company involved in all aspects of the kitchen and the world of food and wine.

The Viking refrigeration plant was renovated in 2000 and produces Viking built-in refrigerators, freezers, wine storage units, and an entire line of outdoor refrigeration products. Viking was acquired by Middleby, a commercial range manufacturer, in February of 2013.

To be transparent, we do not sell Viking products.

Both have dual compressors, so the moister warmer air does not comingle with your dryer, colder freezer. You will have less freezer burn and your frozen food will taste better without transference of odors.

Both employ digital displays for setting the exact temperature.

Sub-Zero has an air scrubber to scrub ethylene gases off spoiling food keeping food fresher for a longer period of time. 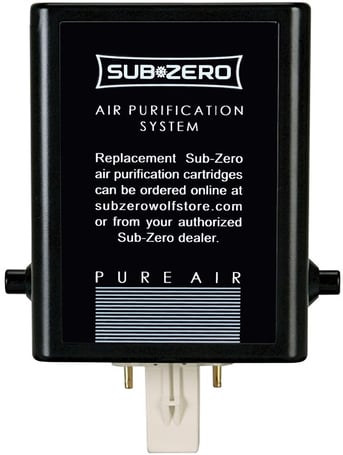 Viking has the BlueZone scrubber with Ion purification, which is mostly for removing odors, not to prevent spoilage.

Both have nanotechnology shelving designed to congeal spills and keep them contained on the shelf. You know what it is like to clean spills from the refrigerator. You don't want to find 5-year-old gravy in your fridge.

Sub-Zero has a vacuum seal designed to keep air out as well as magnetized bins. The air, even within the refrigerator, is kept out of the more sensitive fruit and veggie drawers. 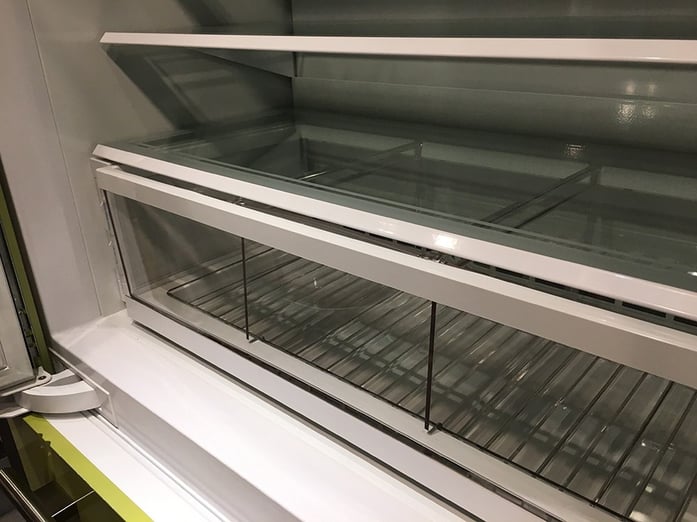 The new owner of Viking, Middleby, is a great commercial company with unbelievable cooking technology. However, the Viking refrigerator is still an off shoot from the old 1990s' Amana built-ins.

They need to retool the product, which has been traditionally problematic in order to compete with the better Sub-Zero product.

Until that time, Sub-Zero is the product of choice.