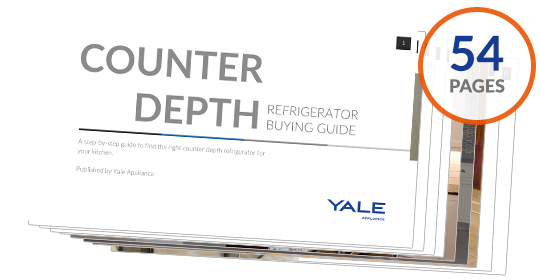 Is A Sub-Zero Refrigerator Worth The Money? (Prices / Reviews / Ratings)

You are probably wondering, "Is a Sub-Zero refrigerator worth it?"

After all, you can buy two complete Samsung, Bosch, or KitchenAid kitchens and have plenty of money left over for laundry.

However, for high-end renovations, Sub-Zero has distinguished its brand not just against other appliance manufacturers but also other building materials.

Most people understand the perceived value of a Sub-Zero refrigerator compared to cabinets, lighting, or even essentials like roof shingles and basement waterproofing.

We wrote this article initially over two years ago.

There is newer competition from manufacturers like True as well as improved products from Jenn-Air and Thermador. Even less expensive products like Beko and Samsung have a freshness story.

So you will learn the differences and be able to answer whether a Sub-Zero refrigerator is worth the money for you and your family.

Why Buy A Sub-Zero Refrigerator [VIDEO] 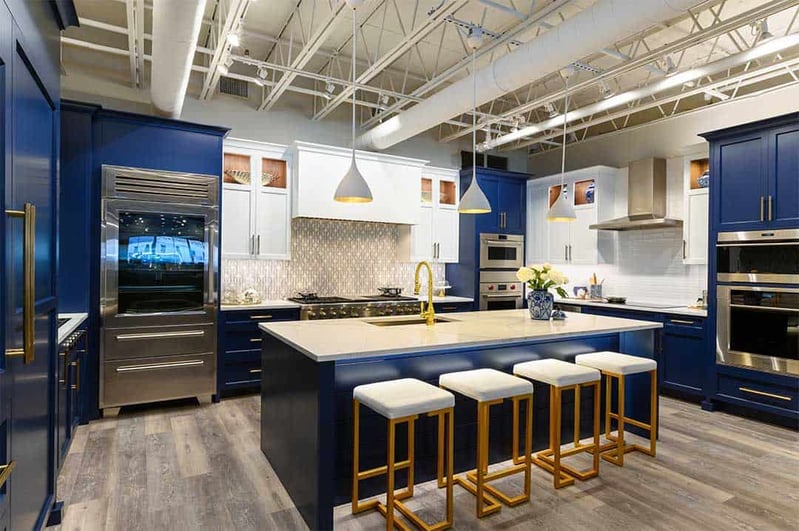 Sub-Zero is a third-generation family-owned company based in Madison, Wisconsin, with manufacturing in Scottsdale, Arizona.

They are credited with producing the first professional counter depth refrigerator.

In other words, Sub-Zero was the first company to produce a refrigerator not protruding into your kitchen. They would be the only major company to do so for 20 years.

This would develop a strong relationship with kitchen designers and cabinet companies who still currently specify the product.

They have pioneered integrated refrigeration as well as professional refrigerators.

Sub-Zero may have been the first. Other companies like Thermador introduced more products, and SubZero has rushed a bit to catch up.

Sub-Zero is the owner of the Wolf cooking line as well as the new Cove dishwasher line.

Let's look at the features. 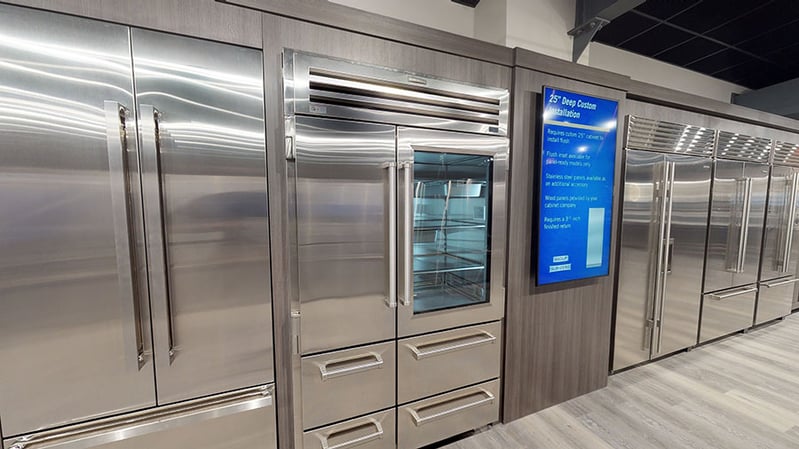 Let's look at the main features and benefits of a Sub-Zero refrigerator. 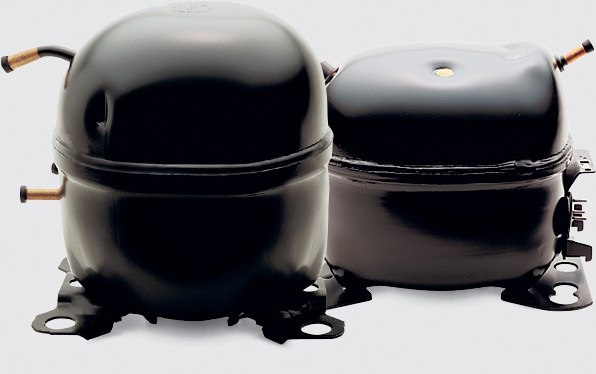 Typically, the moist air will migrate to the freezer, so the odors and tastes from the refrigerator, like fresh fish, would be evident in your ice cream and ice.

Sub-Zero has an active vacuum seal. It is tougher to open, but outside air does not infiltrate into the refrigerator.

The main benefit of the vacuum seal is that food stays fresher without exposure to the warmer outside air.

The refrigerator drawers are magnetized for the same reason.

The seal on the Sub-Zero is still the best. 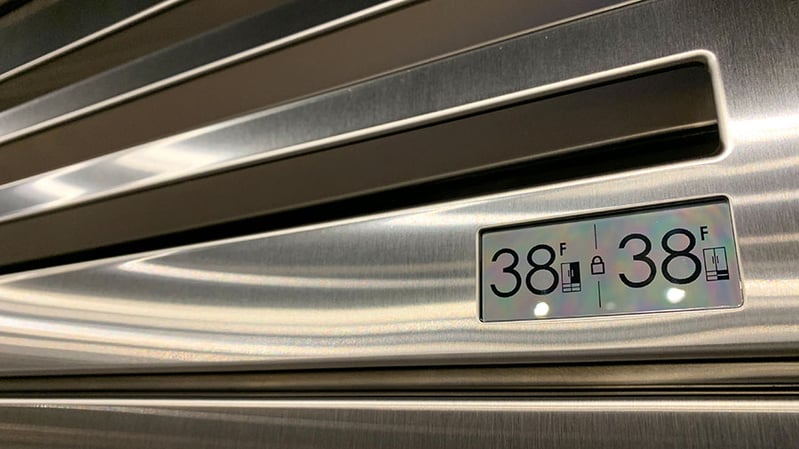 The temperature can be set to 1 degree in both the refrigerator or freezer using a GUI interface (like your phone). Sub-Zero has less temperature deviation than other brands.

In 2020, Thermador offers a similar interface as does True. 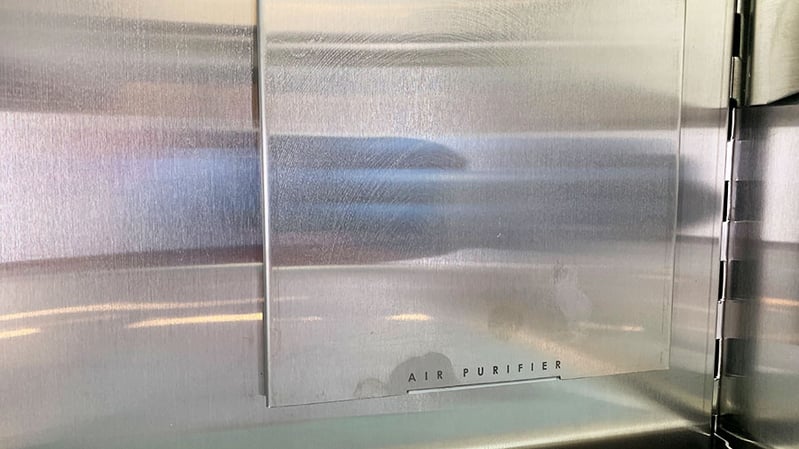 Sub-Zero employs an antimicrobial air scrubber to scrub the air of ethylene, mold, viruses, and bacteria every 20 minutes. Thus, the spoilage process is slowed.

Other foods are not cross-contaminated with gases from other spoiling foods, so they last longer as well.

In 2020, air purification has become more common. Bosch has removable ethylene filters. Beko has gaskets in the crispers to prevent ethylene gas from entering, keeping food fresher as well. 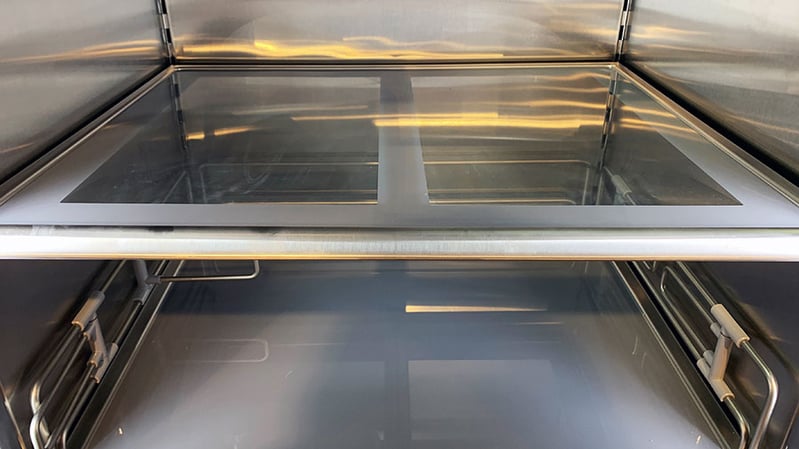 Ever spill any liquid in your refrigerator? You are finding that liquid for months afterward. Think milk, OJ, and soda residue.

Every shelf in a Sub-Zero is coated with nanotechnology, so spills congeal and do not spread to other parts of the refrigerator.

You'll like this feature, especially if you ever spilled milk.

In 2020, only Jenn-Air has nanotechnology shelving on their refrigerators as well as Sub-Zero.

A Sub-Zero factory rep once asked me if there ever was a Sub-Zero dead upon installation. I could not remember any instance in my 32 years at Yale.

Every unit is tested before it is shipped. Most factories may test one or two units per manufacturing run.

What Sub-Zero Professional Refrigerators Do Not Have

Jenn-Air, Samsung, GE, and LG all feature Wi-Fi in their refrigeration. Wi-Fi at this writing does not have the same functionality as cooking.

You can set your stove and tie-in with cooking apps to cook better.

A refrigerator only allows you to change temperature and sends alerts. Dacor has cameras so you can see inside your refrigerator.

You (and I) probably set the temperature initially, and it remains that way forever.

Stainless absorbs cold better than other surfaces and is more hygienic. Milk will be colder against a stainless surface, at least initially.

Integrated refrigerators are a bit taller, so having a motorized shelf or pushing a button to raise and lower can be handy. At this writing, only Gaggenau has that type of shelving.

Sub-Zero Vs. The Competition for Professional Refrigerators

For this, you will see a comparison for pro-style refrigeration with the compressors on the top and then integrated refrigerators fitting within the cabinet. 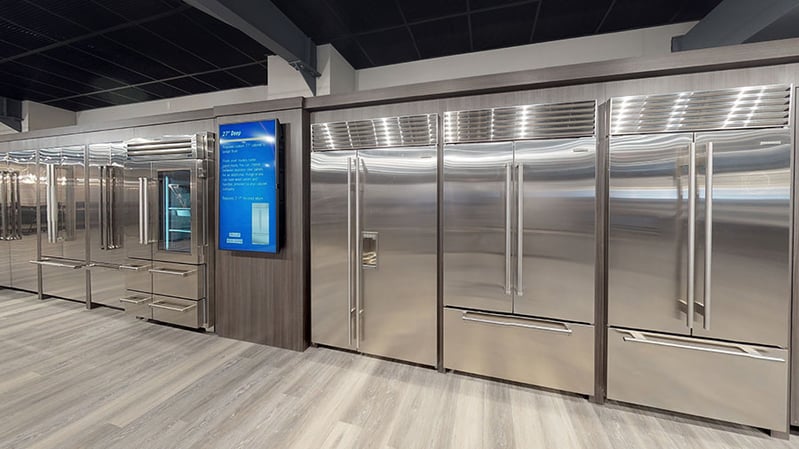 There are fewer competitors for professional refrigerators than integrated. Energy efficiency could be a reason. Its harder to build the larger Pro types to the tougher standards.

Anyway, Sub-Zero's main competition is from the revitalized Jenn-Air with their fashion interior, Wi-Fi, and more aggressive package discounts.

For the commercial style, Sub-Zero is better than Jenn-Air because of their features like air scrubbing (the air purification system), their better shelving, and their temperature controls. 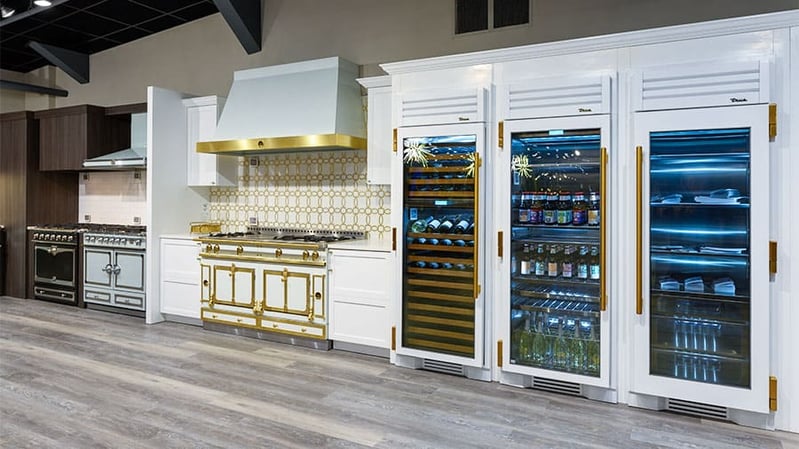 True has newer pro refrigerators. As a company, they have a similar profile as Sub-Zero. They are family-owned also based in the US and specializing in refrigeration.

They are a large commercial refrigeration company. If you shopped in Whole Foods, Wegmans, or any other supermarket chain, you have removed a frozen item out of a True freezer.

Their Pro has solid hinges and similar temperature controls as a Sub-Zero. However, True professional refrigeration is new. They do not have any cooking products to package a kitchen like Sub-Zero.

It is also the only refrigerator more expensive than a Sub-Zero. 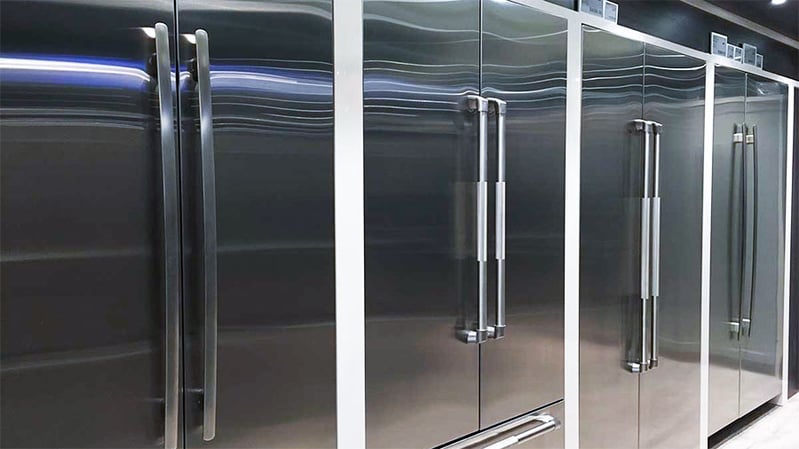 There is a wide variety of companies manufacturing integrated refrigerators.

Thermador is their main competition for integrated refrigeration. We compared the two refrigerators in this blog post: Thermador vs. Sub-Zero Refrigerators.

Thermador has some great features with its customizable bins, TFT interface, and handless door design.

However, Sub-Zero still has a better seal, shelving, and air filter. 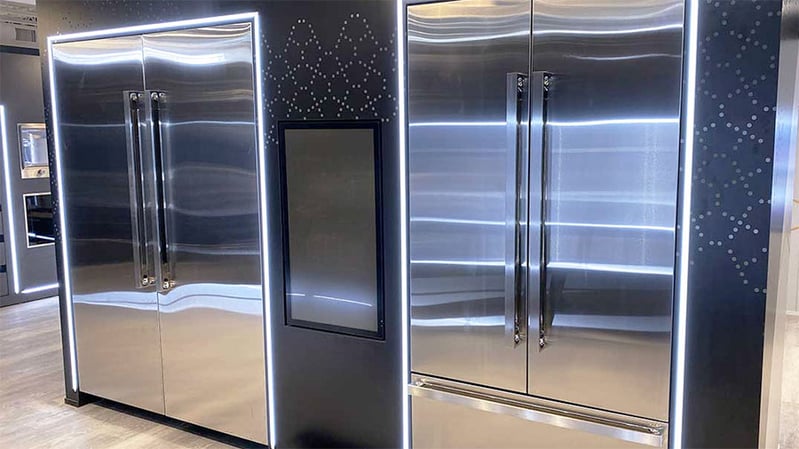 Jenn-Air is a newer breed of competitor. These more modern refrigerators have Wi-Fi and stainless interiors. Jenn-Air has more zones of temperature control than a Sub-Zero.

However, it does not have the seal and air scrubber of a Sub-Zero.

As for price, the difference between Sub-Zero and its competitors is roughly $2-4,000.

Is Sub-Zero Worth The Money? 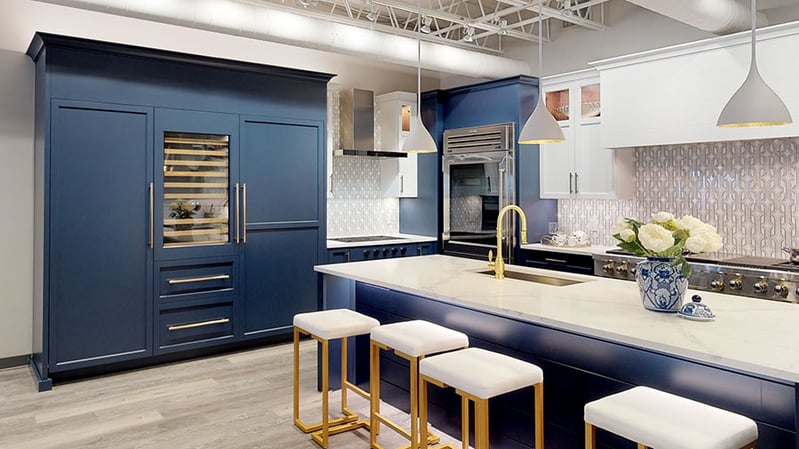 I had lunch with an old vendor from Hingham. He was our lighting rep and later joined his family's lighting business.

He explained the process of selling his house (I am selling mine as you're reading this). He was talking to his retailer, telling her all the improvements to his home.

She explained his house would sell because it had a Sub-Zero and Wolf kitchen. All the other unique improvements would not resonate with potential buyers.

Sub-Zero is the best refrigerator sold at Yale. The gap has narrowed a bit in the last two-plus years.

The features and branding are still the best in the industry. That said, is it worth the money? It depends.

I used to tell builders to buy Sub-Zero during the recession because it would distinguish their property versus their competitors. In a seller's market, it's not as important.

For most of us, a $10,000 refrigerator is not an option. You can buy whole kitchens of affordable luxury appliances for less and have another $5,000 to spend.

However, if you are planning your dream kitchen or you are a builder looking for the best refrigerator to market your property, Sub-Zero is your best choice without question.