Learn the most reliable brands, best new features and how to buy at the best possible price in this Free Ventilation Buying Guide. Over 880,000 people have learned from a Yale Guide

Why Are Gas Ranges Being Banned?

There is a push toward banning gas ranges throughout the country. Fifty-three cities in California have bans on gas ranges with limited temporary exemptions.

Why Are Gas Ranges Being Banned?

Google "is gas cooking harmful," and the answers are scary.

You have “Indoor Air Pollution from Cooking” from the California Air Resources Board to "Kill Your Gas Stove" by The Atlantic.

US News writes “Your Gas Stove Might Make You (and the Planet) Sick.” CBC News, Forbes, Popular Mechanics, Smithsonian magazine, The Washington Post, and Vox all have related articles on the first two pages. Only The New York Times defended the gas range, and it was hardly a ringing endorsement.

So, what is the problem? When you burn fat, all that smoke and grease becomes airborne. Cooking, but especially gas cooking, sends a range of particulate matter (PM) into the air, plus nitrogen dioxide (NO2), carbon monoxide (CO), and even formaldehyde (CH2O).

A 2013 meta-analysis by the International Journal of Epidemiology said 41 studies showed a 42% higher risk of asthma in children using gas cooking.

Short on time? Get our free Ventilation Buying Guide 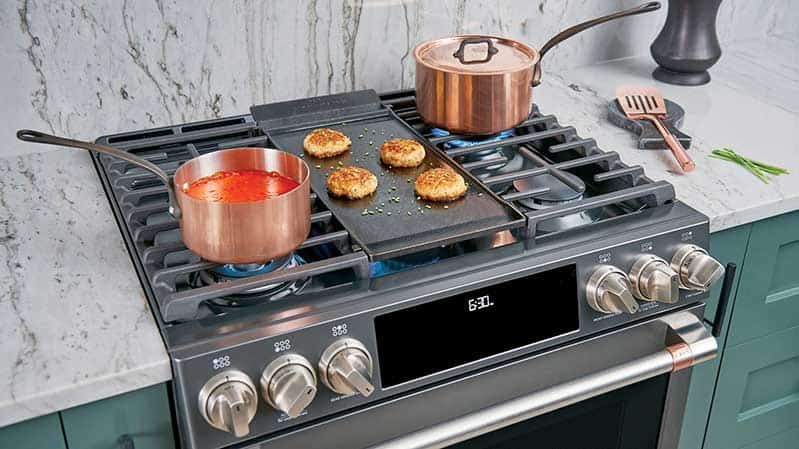 Part of the problem is the trend for having higher output burners. When I started at Yale, the average output was about 40,000 BTU (British Thermal Unit) for a 30-inch gas range.

The other problem is that these higher output burners are in the front of your stovetop at about 22-24 inches, whereas many vents are only 15-21 inches deep.

Smoke and grease will bypass the hood and stay in your kitchen. The problem is that elevated output is producing an elevated number of gases. 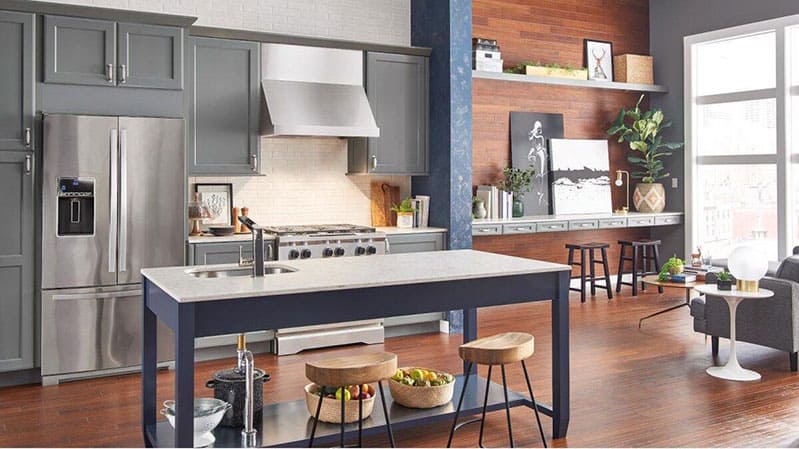 New homes are built tighter with better windows and more efficient materials, so those gases will also stay in your house. The problem is solvable with ventilation.

According to Scope, the journal of Stanford Medicine, "To improve on that, a range hood needs to have higher flow rates and cover the front burners."

In other words, buy a hood with a depth of 24 inches and high CFM (Cubic Feet Per Minute) to cover those powerful front burners or cook on the back burners with any ventilation hood.

Most range hoods do not cover the front burners like slide-out hoods, most custom wood hoods, over-the-range microwaves, and downdrafts.

Read More: How to Vent Your Kitchen Range 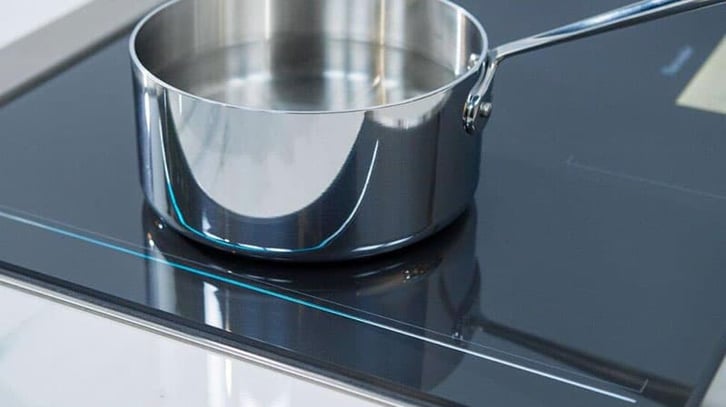 Electric ranges do not produce carbon monoxide and only insignificant amounts of nitrogen dioxide. Electric does not respond as well and is not as hot as gas. That much is true. However, the gas loyalists do not mention or do not know about induction, also a form of electric heat.

Induction or magnetic heat is better than gas in all aspects of cooking with faster boiling, infinite simmering, less venting, and less cleaning. Because of the magnetic burners, induction cannot be accidentally turned on by your small children.

Moving to induction is smart. However, induction ranges typically use 50 amps versus 15 amps for gas. Fifty amps do not seem that much until you multiply that by the millions of households affected by the conversion.

Many states have unreliable electric grids. They will be ill-equipped to handle the increase in power.

When fossil fuels are burned, they release substantial amounts of carbon dioxide (CO2). These gases trap heat in our atmosphere causing global warming.

Gas stoves in the U.S. are putting 2.6 million tons of methane into the air each year when not in use. That is the equivalent of about 500,000 cars, according to US News.

However, if the move to electricity involves a coal-burning power plant, then the threat to the climate may be greater.

Gas ranges do emit harmful gases even more than electric cooking. You can protect yourself by buying the right ventilation that covers the front burners. Make sure it is vented properly. Download our free Ventilation Buying Guide to learn how.

Many vents cannot extract the air properly, including microwaves, downdrafts, and many types of wood hoods, ceiling blowers, and slide-out hoods. In this case, cook on the back burners, as inconvenient as it may be. The other "solution" is to open a window.

Converting to electric is an option, but it may not be easy. You will need new plugs, electric work, and new breakers. Do not believe what you read about performance, though. Induction burners have a better output than a professional gas range.

Climate change is a problem that must be addressed methodically. We cannot ban gas ranges without first planning a more stable grid. Having that extra power generated by coal could be more of a problem. Investing in clean energy plants, then converting to electricity seems like the smarter process.

Get The Yale Ventilation Buying Guide with features, specs, and inside tips for every brand and hood type. Well over 1 million people have read a Yale Guide.