Bosch and GE Profile are both subsidiaries of much larger companies. They both compete but in very different ways.

Bosch's cooking products from their new Benchmark series will compete in the affordable luxury segment against GE Profile, Electrolux, Jenn-Air and Frigidaire Pro.

Bosch, an enormous German based company, has their appliance manufacturing division in the United States. They also own the largest dishwasher manufacturing factory in the world, based in North Carolina.

Overall, Bosch is a dishwasher company. They were first to market with quiet dishwashers, stainless tubs and integrated controls. Bosch is one of the best affordable luxury brands with unique features and style for less money.

Bosch is foreign owned, but mostly American made in North Carolina. Its appeal is mostly driven by consumers.

General Electric is one of the largest companies in the world focusing in many areas of finance, and technological infrastructure. Although GE is a popular brand in the US residential market, household appliances are a tiny fraction of GE. You may see their products on a jumbo jet, to the MRI scanner in many hospitals.

The GE Profile Series is GE’s high-end affordable luxury line of appliances along with GE Café. In many ways, GE is completely opposite from Bosch. They are an American company with foreign manufacturing facilities. They are starting an “insourcing” to start producing in the US. GE is mostly builder, not consumer-driven.

Gas is still the preferred cooking method for most households as gas cooktops have been increasing in popularity in many kitchen designs. The most popular gas cooktop sizes are 30’’ and 36’’ however some manufactures make 12’’ and 15’’ specialty modules.

Difference Between Rangetop and Cooktop 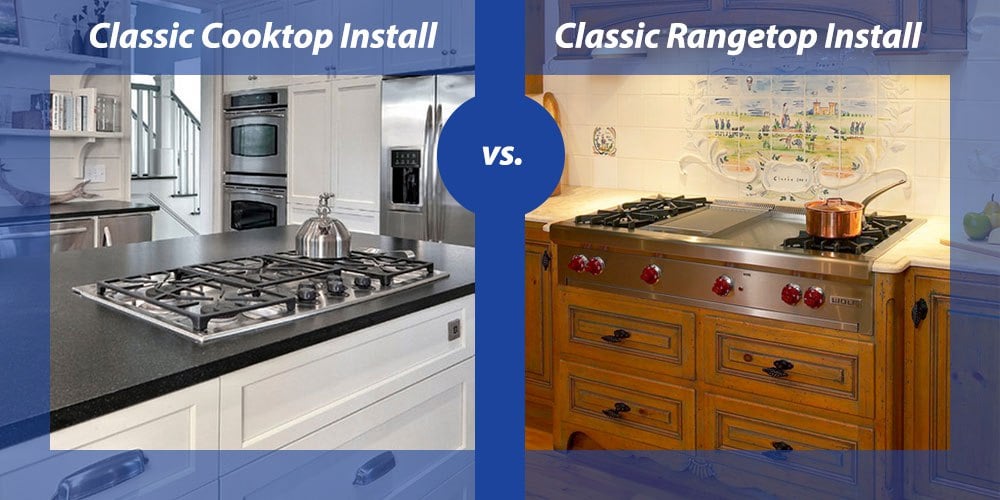 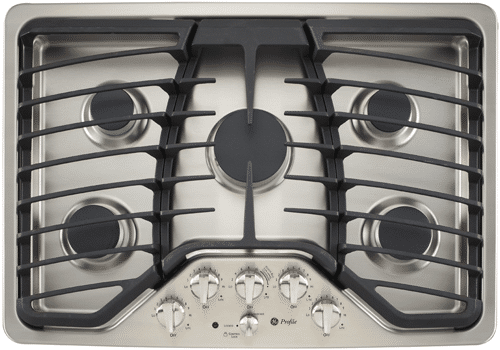 This is more of a comparison between new and old. Bosch is brand new with increased BTU output of 20,000 BTUs. It also has a new streamlined appearance with better controls that do not reduce the cooking area.

I also like the other Benchmark appliances and the ability to package really bold looking appliances for less money.

Get the Yale Gas Cooking Buyers Guide with features, specs, BTU outputs as well as inside tips to all the major brands. Over 60,000 people have read a Yale Guide.